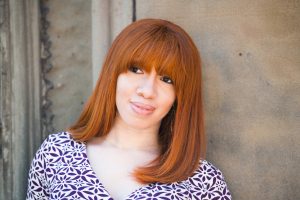 Lorraine Haughton-Lawson has been promoted to senior vice president of programming at Truly Original, the company has announced.

Truly Original, which is owned by Endemol Shine North America, has scored recent successes with Deal or No Deal and The Real Housewives of Atlanta. Co-CEOs Steven Weinstock and Glenda Hersh said the promotion reflected Haughton-Lawson’s hard work and impact at the company, where she was previously vice president of programming.

“Lorraine, who is an immensely talented production and creative executive, has been integral to the success and growth of Truly Original,” they said in a statement. “She has shepherded many of the company’s most vital and enduring series with true dedication and expertise, and we congratulate her on this well-deserved promotion.”

In new role, Haughton-Lawson will continue to executive produce Truly Original series including Bravo’s The Real Housewives of Atlanta, The Real Housewives of Potomac and Shahs of Sunset. Her previous credits include credits include Food Network’s Chopped, HGTV’s Bought & Sold, Discovery’s Party Planner with David Tutera, as well as syndicated talker The Wendy Williams Show.