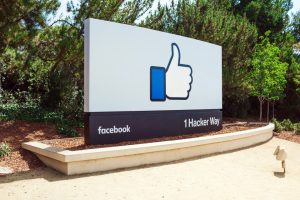 While terms of the deal were not disclosed, the US tech press described the deal as an ‘acqui-hire’ that will see Vidpresso’s small team move over to the social media giant.

In a blog post, Vidpresso founder Randall Bennett confirmed that the company will be joining Facebook effective immediately and said that Vidpresso will continue to serve its existing customers.

“This gives us the best opportunity to accelerate our vision and offer a simple way for creators, publishers, and broadcasters to use social media in live video at a high-quality level,” said Bennett.

“We’ve always wanted to build tools for everyone to create interactive live video experiences. By joining Facebook we’ll be able to offer our tools to a much broader audience than just our A-list publishing partners.

“Eventually, it will allow us to put these tools in the hands of creators, so they can focus on their content, and have it look great, without spending lots of time or money to do so.”

Vidpresso was founded in 2012 and has had, by Bennett’s own admission, “a lot of false starts along the way”.

Bennett said that the company’s initial mission was to make video easier to author, easier to change, and customised per person, and claimed “we still haven’t realised the full vision yet.”

The deal is part of Facebook’s ongoing efforts to establish the social network as a destination for video communities, rather than passive video consumption.

Speaking on Facebook’s first quarter earnings call in April, CEO Mark Zuckerberg said that while passive video consumption is down on the site – a result of tweaks to how the Facebook prioritises content – it is stepping up efforts around interactivity.

“We’re trying to make a different experience than what you might be able to get on YouTube or any of these other services by making it more about connecting with people in different ways,” said Zuckerberg.