Lionsgate has signed a multi-platform film and TV first-look deal with Andrew and Jon Erwin and producing partner Kevin Downes, to serve its faith-based programming. 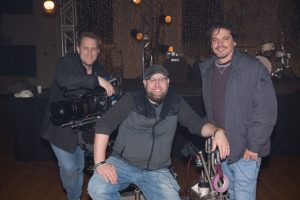 As part of the multi-year agreement, the Erwin Brothers and Downes will develop, produce and direct feature films and television programming for the company under their newly-created Kingdom banner.

The deal follows Lionsgate’s success with the faith-based community through titles such as Hacksaw Ridge, The Shack, and most recently, I Can Only Imagine.

“This deal underscores our ongoing commitment to serve moviegoers with premium, faith-based content. We look forward to working with the Erwin Brothers and Kevin on film and television projects that resonate not only with the faith-based community but with viewers everywhere.”