Kiri & Love Island among the most watched UK titles in 2018

The UK’s most watched broadcasted titles for the first half of 2018 have been revealed by OnBuy, using BARB data.

The data was gathered by analysing weekly viewing figures for the top-rated programmes, between January to June, across six leading UK broadcast channels: BBC 1, ITV, Channel 4, BBC 2, Channel 5 and ITV 2.

BBC 1’s World Cup 2018 game between Tunisia and England was its most viewed programme and gained the highest amount of viewers across the broadcasters reaching16, 866 million viewers.

ITV’s Britain’s Got Talent was the next most watched programme within the period gaining 11,003 million views and particularly peaking in April.

BBC 2’s Collateral was the most viewed programme on the channel, gaining 6,349 million views, while Channel 4’s Kiri followed with 5,686 million views. 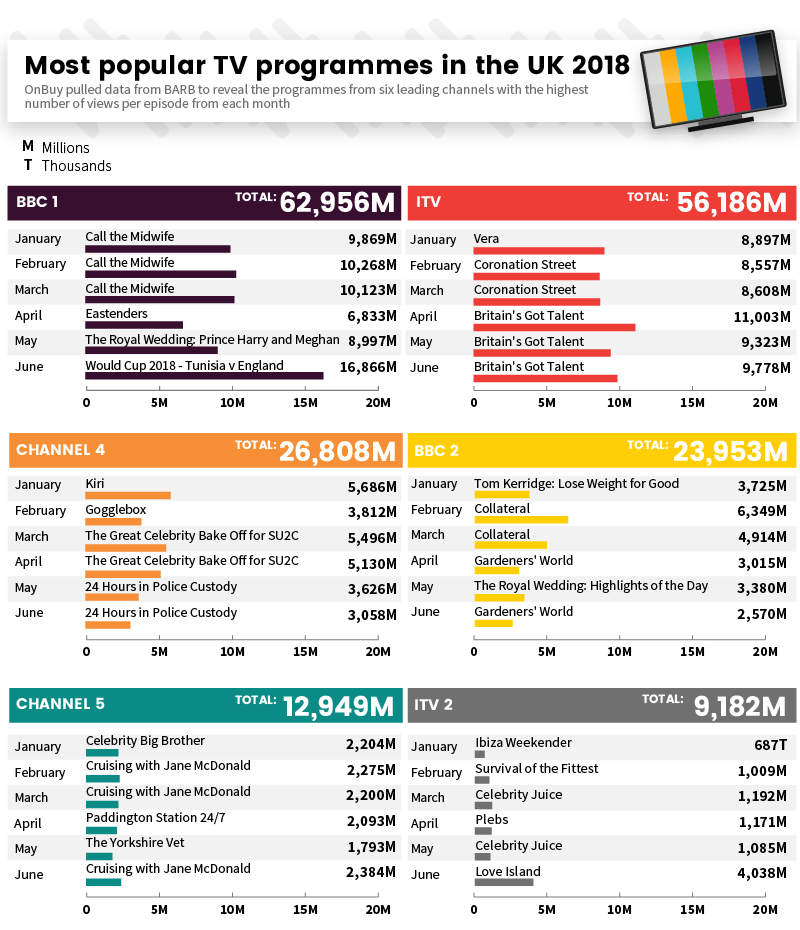