The cultural phenomenon that is Love Island is set to get a US makeover after CBS secured the US format rights for the reality series. 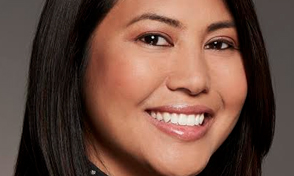 The deal comes after Love Island became ITV2’s most popular ever programme this summer, breaking out into the mainstream as interest in the show ballooned.

The season four finale aired this summer to a record overnight audience, ranking as the most-watched program ever on ITV2, with almost half of all adult viewers under 34 tuning in throughout the series. Series five has already been commissioned.

The success of the show has led to numerous overseas sales, including to Australia, Germany and countries across Scandinavia picking it up.

Describing Love Island as a “massive success,” CBS’ head of alternative programming, Shannon Vuong (pictured) said “It’s currently seen, or about to premiere in several European countries as well as Australia, and we’re thrilled that ITV has partnered with us to bring their most successful show to American television.

“Having seen the reaction of audiences ‘across the pond’ and around the world to this most recent season, we expect American viewers will be captivated by this engaging format. Additionally, Love Island is more than a pop sensation; this series has generated compelling ‘sociological think pieces’ in major publications here and abroad.”

David George, CEO of ITV America, said the Love Island format breaks the mold with high levels of viewer interactivity and participation that influence the content of the show in a way that’s extremely addictive.

“It’s a cultural phenomenon that builds anticipation with every episode and creates appointment viewing – a pretty hard thing to do in today’s TV landscape,” George said. “We’re ecstatic the show has found a home at CBS and look forward to working collaboratively to engage its millions of viewers.”