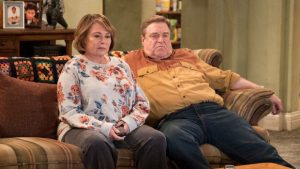 Canada’s CTV has acquired the Roseanne spin-off series for this October.

The Connors is an offshoot of the popular ABC show, Roseanne, which was cancelled earlier this year after controversial tweets were sent out by its lead star Roseanne Barr.

The new series goes on without Barr, it features the family after a sudden turn of events where they are forced to face the daily struggles of life in Lanford.

Through it all, the fights, the coupon cutting, the hand-me-downs, and the breakdowns, the love of a family prevails with humour and perseverance.

“Were excited to deliver this exceptional spin-off to Canadians who made an appointment with the Conners family in record numbers earlier this year,” said Mike Cosentino, president, Content and Programming, Bell Media. “We’re confident this timely addition to the Tuesday night lineup will once again anchor a big comedy hour on the CTV schedule.”