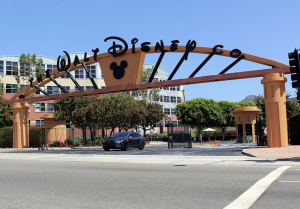 Gabby Duran & The Unsittables, a live-action comedy based on the novel by Elise Allen and Daryle Conners, is set to debut on the Disney Channel in 2019 after a straight to series order was confirmed by Disney.

Gabby Duran & The Unsittables focuses on the adventures of 12 year old Gabby, a girl living in the shadows of her uber-polished, successful mother and whip-smart younger sister. Her moment to shine finally arrives when she inadvertently lands an out-of-this-world job to babysit an unruly group of very important extraterrestrial children who are hiding out on Earth with their families, disguised as everyday kids.

“Following Gabby on her babysitting adventures will show kids that anyone, when given the chance, can achieve greatness. Gabe and Mike have written a truly unique character and together with Nzingha and Joe have created an exciting new universe for our audience.”