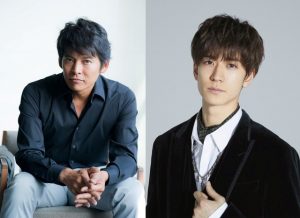 Popular US drama Suits is set for a Japanese adaptation after NBC Universal confirmed a scripted format deal with Fuji TV.

Kyodo Television will produce the 11×60’ series, set in Tokyo. Fuji confirmed the premiere date as October this year with the show in a primetime slot – Mondays at 9pm.

Suits, which was originally created by Aaron Korsh and produced by Universal Cable Productions for USA Network, is currently halfway through its eighth season. The shows centres on the machinations at a top Manhattan law firm and has proven popular with viewers across the world.

Ana Langenberg, SVP formats and production at NBCUniversal International Formats, said: “Suits remains as one of the most popular TV series in the US, so we are delighted to further extend the brand across Asia with Fuji TV. Centred on a set of dynamic and formidable characters, Suits lends itself perfectly to international markets, with its genius storytelling and universal themes of power, love and rivalry.

“It’s great to see such excellent on and off-screen talent attached to what will be the second international version of the show. We look forward to working with Fuji TV to bring this brilliant series to life.”