German viewers will get the chance to puzzle over The Brokenwood Mysteries after All3Media sold the murder mystery series to Das Erste. 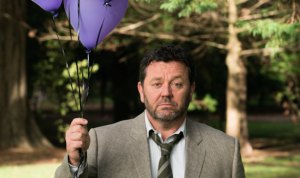 The 4×120 minute series is set against the dramatic backdrop of New Zealand, and is about to enter its fifth season this autumn.

The Das Erste deal follows a number of similar successful sales of the show, with Prima TV in the Czech Republic the most recent buyer. That follows existing deals in the UK, France, Denmark, Italy, Hungary, Croatia, Switzerland, Finland, Latvia, Lithuania, Sweden and Slovenia.

The Brokenwood Mysteries currently delivers above average prime time figures for UKTV, as well as hitting the heights in both France and Italy.

Jonathan Hughes, sales manager EMEA at All3media International, said the show was “A true gem of a detective series and the vineyards and river valleys of New Zealand are as much a central part of the drama as its engaging characters and innovative murders. We are confident that Das Erste’s German audiences, discerning as they are in the crime genre, will relish the plots of The Brokenwood Mysteries”.