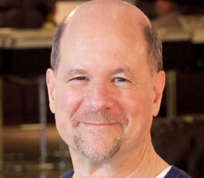 Paula Kerger, PBS president and CEO, shared the news during her remarks at the Television Critics Association’s Summer Press Tour.

Simon who will oversee all non-children’s programming, was identified through an extensive national search, and will begin his new role in late September.

From 2010 to 2015, Simon served as general manager of BBC America, overseeing the channel’s cable and digital platforms. During his tenure, he commissioned the network’s first original programming, including the Emmy Award-winning hit seriesOrphan Black, and helped orchestrate multiple U.S.-U.K. co-productions, includingLuther, The Hour and Broadchurch, and several documentaries in partnership with the BBC’s natural history unit.

He began his television career at NBC, rising to become executive vice president in charge of the prime time schedule. During this time, he helped develop and supervise some of the most iconic series of the 1980s and early 1990s, includingCheers, The Golden Girls, Law and Order, Frasier and Seinfeld.

“High-quality content is at the core of our work at PBS,” Kerger said. “Perry brings a breadth of media experience, including leadership roles at BBC and Vulcan Productions — two of our longstanding partners who share a commitment to educational and informative content.

“He is an innovative leader who will work closely with our extraordinary team at PBS, as well as producers and partners across the public television system, to deliver on our mission of service to the American people.”