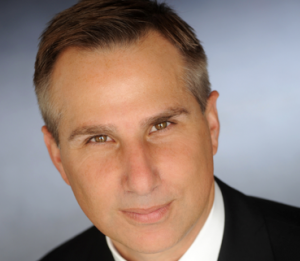 Buccieri replaces Nancy Dubuc who moved to Vice Media earlier this year to take over as CEO – a move that saw Vice’s chief executive Shane Smith transition to executive chairman.

In his new role, Buccieri will report to A+E Networks Group’s board of directors. His appointment was announced by Steven Swartz, president and CEO of Hearst, and Ben Sherwood, co-chair of Disney Media Networks and president of Disney|ABC Television.

“Paul’s successful track record running A+E Studios and overseeing programming at the portfolio of brands, combined with his experience in worldwide production, distribution, syndication and digital, will further propel A+E Networks’ momentum,” said Swartz and Sherwood in a joint statement.

“He’s a proven leader, strong collaborator and skilled programmer with an eye for identifying trends in the very competitive content marketplace. As we make this announcement, we also thank A+E Acting Chairman Abbe Raven for her leadership during the transition and her assistance in identifying Paul as the network’s next leader. Abbe will remain in her role at least through year-end.”

Buccieri said: “I could not be prouder of A+E’s powerful brands, strong partnerships and, most importantly, the talented people I get to work with every day. We look forward to expanding on our solid foundation of creativity.”

In his previous role, Buccieri was responsible for all aspects of A+E Studios and the A+E Networks’ brand portfolio. He first joined A+E Networks in 2015 as president, A&E and History.

He previously worked for UK broadcaster ITV, latterly as chairman of ITV Studios US Group and ITV Studios Global. Before that Buccieri was president of programming, production and development at Fox Twentieth Television.