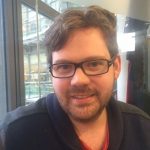 The producer of Poldark, Mammoth Screen, has optioned the television rights to Grime Kids by DJ Target from Marium Raja at No Chiefs and Richard King at Orion.

Grime Kids is an insider account of the UK’s grime scene and its growth from youth subculture to international phenomenon. The book documents a group of kids in the 2000s and their impact on today’s pop culture.

Today, alongside his weekly shows on BBC Radio 1 & 1Xtra, DJ Target is the Talent & Music Lead at BBC 1Xtra, and also runs his own record label Pitched Up.

Leggett said: “Not only is Grime Kids the definitive story of the birth of a British musical phenomenon, it is also an incredibly funny and moving story of friendship and community.

“For both fans of Grime and non-fans alike, we hope audiences will be inspired and entertained by Target’s wonderful coming of age drama,” he said.

“We are thrilled to be working with the immensely talented Theresa Ikoko, whose intimate understanding of this story will bring this group of friends and their adventures to vivid life on screen!”

DJ Target added: “The response to Grime Kids so far has been overwhelming, with both seasoned grime fans and newcomers to the culture learning something or enjoying the trips down memory lane. I wrote Grime Kids with a visual in mind, so the fact that I’ll be working with Mammoth Screen to bring that to life is incredible.”