Jennifer Mullin has been confirmed as the new CEO of FremantleMedia after the departure of Cecile Frot-Coutaz in March 2018.

She will finish up her current role as CEO of FremantleMedia North America (FMNA) and start the new role on September 1, the company has announced. 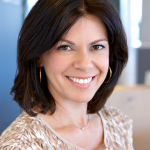 Mullin takes over the reins from Frot-Coutaz after she departed earlier in the year to join YouTube in a role overlooking growth in Europe, the Middle East and Africa.

Mullin took over as CEO at FMNA in May last year, after 12 years in a number of senior roles, including senior VP for current programming.  As well as American Gods, she oversaw the development of America’s Got Talent, American Idol, Family Feud, Match Game and The Price is Right.

Prior to joining FMNA, Mullin worked as an executive producer at companies such as Paramount, Telepictures and Universal.

“I am absolutely delighted that Jennifer Mullin – one of the most experienced and successful producers and creatives within our Group – is taking over the leadership of FremantleMedia,” said Bert Habets, CEO of RTL Group.

“A strong and hugely respected leader, Jennifer has been a key force in FremantleMedia’s creative renewal across unscripted and scripted programming and has a matchless understanding of the global content industry. I warmly welcome Jennifer in her new role and wish her every success – and I am very much looking forward to working with her to further drive the growth of our global content business.”