Former Paramount TV chief Kerry McCluggage has been named the new CEO of IDW Media Holdings, less than a year after joining the company’s board and replacing company founder Ted Adams. 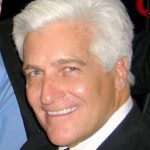 After a successful spell at Universal, McCluggage spent 10 years at Paramount Television Group before going on to form his own production company, Craftsman Films.

“As chairman of Paramount TV, Kerry grew that operation from $700 million to $3.2 billion in just over a decade, making it one of the world’s leading television production companies,” said IDW Media Holdings chair Howard Jonas.

“His leadership abilities and keen understanding of the entertainment industry have also enabled him to achieve success with his own film and television production company Craftsman Films. Similarly, his contributions as a member of the IDW Board of Directors have provided him with beneficial insights necessary to continue IDW’s story of success as the company seeks to expand upon its business model.”

Ted Adams said he will take a ‘brief sabbatical’ from IDW before returning to a new role. “I have complete confidence that the company will continue to build upon its current trajectory in the very capable hands of Kerry McCluggage,” he said. “I leave him with very dedicated and smart teams across all three of our divisions. I’m proud of the work we’ve been able to do together.

McCluggage joined the IDW board in September 2017, and said he was keen to make a start. “IDW has demonstrated impressive achievements in each of its core divisions,” he said.

“It’s media unit, encompassing publishing and games as well as reimagining the entertainment production model, has achieved tremendous success and is poised for phenomenal growth. There is also a great team of passionate, talented professionals that I am eager to lead and learn from as we continue to build upon the incredible foundation created by Ted Adams and others over the past 20 years,” said McCluggage.