Amazon Studios’ Jennifer Salke says the streaming service has agreed a pre-emptive series order for 13 episodes of a drama based on Taylor Jenkins Reid’s highly sought-after novel, Daisy Jones & The Six, co-produced by Reese Witherspoon and her Hello Sunshine outfit. 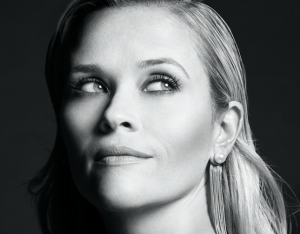 Circle of Confusion is also co-producer of the title. It will launch exclusively on Amazon Prime Video in over 200 countries.

Written by Scott Neustadter and Michael H. Weber, Daisy Jones and the six centres around a fictional rock band in the 1970s as they navigate the murky world of the LA music scene.

“When I heard Hello Sunshine was developing Daisy Jones & The Six, I tracked down a copy right away and devoured it in one sitting. I loved it so much I had to take it off the market and bring it to Amazon Studios,” said Salke. “I was immediately struck by how perfectly it fit into our overall approach of bringing passionate creators and entertaining, compelling content to our Prime Video audience.”

As well as adding the series to the Prime slate, Salke says original music from the series will be made available exclusively through Amazon Music, and the print and audiobook from Ballantine / Random House will also be available via Amazon.co.uk and Audible.co.uk.

Daisy Jones and the Six marks Hello Sunshine’s latest foray into developing series based on contemporary novels. It has recently announced projects including adaptations of Celeste Ng’s 2017 bestseller Little Fires Everywhere, as a Hulu Original Series; a 10-episode comedy series for Apple that was created by Colleen McGuinness (30 Rock) and inspired by Curtis Sittenfeld’s short-story collection You Think It, I’ll Say It; Are You Sleeping, executive produced by and starring Octavia Spencer, based on the true-crime novel by Kathleen Barber, created and written by Nichelle Tramble Spellman (The Good Wife, Justified) for Apple.