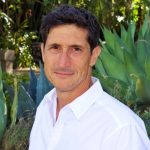 Under the pact, Boilermaker and Arclight will develop and produce a minimum of four films over the course of five years.

The first project to come out of the partnership will be based on the award-winning, female-fueled, sci-fi novel ISAN: International Sensory Assassin Network, written by Mary Ting.

The deal was brokered by Alan Brown, who will executive produce along with Italia Gandolfo of Vesuvian Media Group. Milito, Conserva and Gary Hamilton of Arclight Films will serve as producers.

This July, the prodco also announced a first-look partnership with Vesuvian Media Group to exploit its rapidly expanding roster of titles and award-winning, bestselling authors, to develop and produce for television and features.

“This is just the start of a relationship where I see no boundaries to our collaboration and business plans,” said Hamilton.

“Louis and Phil have a solid reputation in the industry making this partnership the natural next step between our companies. I look forward to a fruitful collaboration with Boilermaker and together producing exceptional films with mass appeal and worldwide box office potential.”