Univision Communications, the company serving Hispanic America, has revealed that Tonia O’Connor has decided to step down as chief revenue officer. 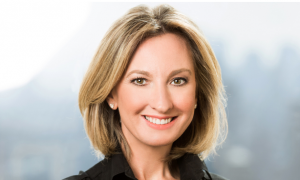 O’Connor departs after the exit of a string of top execs at the network, with CEO Randy Falco departing in May after chief content officer, Isaac Lee, and programming chief, Lourdes Diaz, also left. Falco was quickly replaced by Vincent Sadusky.

O’Connor played a key role in the company’s expansion from three networks to 17 broadcast, cable and digital networks, as well as developing Univision’s distribution and content windowing strategy for digital and mobile platforms.

The company’s Board of Directors said: “For more than a decade, Tonia O’Connor has been a key figure in transforming Univision from a niche media asset into a major player in the US media landscape.

“We greatly appreciate her leadership and the important role she played in driving the company’s growth, negotiating complex transactions and developing new revenue streams. We thank her and wish her well and continued success in her new endeavors.”

O’Connor added: “Univision is a uniquely positioned company, unlike any other brand. I am incredibly proud of helping transform Univision into a media powerhouse – with the most loyal audience and billions in enterprise value.

“I will always treasure my experience and colleagues from Univision, which I will carry with me as I take on new challenges and continue to make an impact.”