Channel 4 (C4) has narrowed down the choice of locations for its new national headquarters and two new creative hubs to six UK cities, with Manchester, Leeds and Birmingham all in the running. 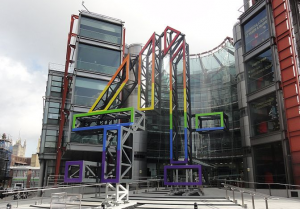 The UK public service broadcaster said it is now in “advanced negotiations” with the six cities, following a second stage pitch process in June and July that saw Channel 4 executives visit 13 shortlisted cities and regions for presentations and discussions.

Channel 4 is now holding talks with Birmingham, Greater Manchester and Leeds about establishing either its national headquarters or a creative hub there. Three other cities are being considered as a creative hub only locations – Bristol, Cardiff and Glasgow.

Jonathan Allan, Channel 4’s chief commercial officer, will now lead detailed discussions with the six cities over the summer, with the locations for the new national HQ and two creative hubs due to be announced in the autumn.

“Our visits to the 13 shortlisted cities over the last month were incredibly inspiring and I’d like to thank all of those involved for the huge amounts of creativity they demonstrated and the excitement for Channel 4 and what we could achieve together,” said Allan.

“We have again had to take some very difficult decisions on which cities to take forward to the next stage, but we believe the six cities we have selected are best able to deliver against our vision and requirements for the new national HQ and creative hubs.

Channel 4’s move outside of London is part of its ‘4 All the UK’ plan, which includes a commitment to increase its ‘nations and regions’ content spend by £250 million over the next five years. Its current HQ on Horseferry Road in London will reduce its size, with office space there to be made available to producers based elsewhere in the UK doing business in the capital.

Channel 4 announced its earlier shortlist of 13 cities at the end of May, after receiving more than 30 submissions. At this stage it was considering seven cities for its national headquarters or creative hub and a further six sites as potential creative hub-only sites.

The latest round entirely discounts Liverpool, which had been in the running to either be the national HQ or a creative hub. Creative hub only cities that have also now been ruled out are Belfast, Brighton, Newcastle-Gateshead, Nottingham, Sheffield and Stoke-on-Trent.