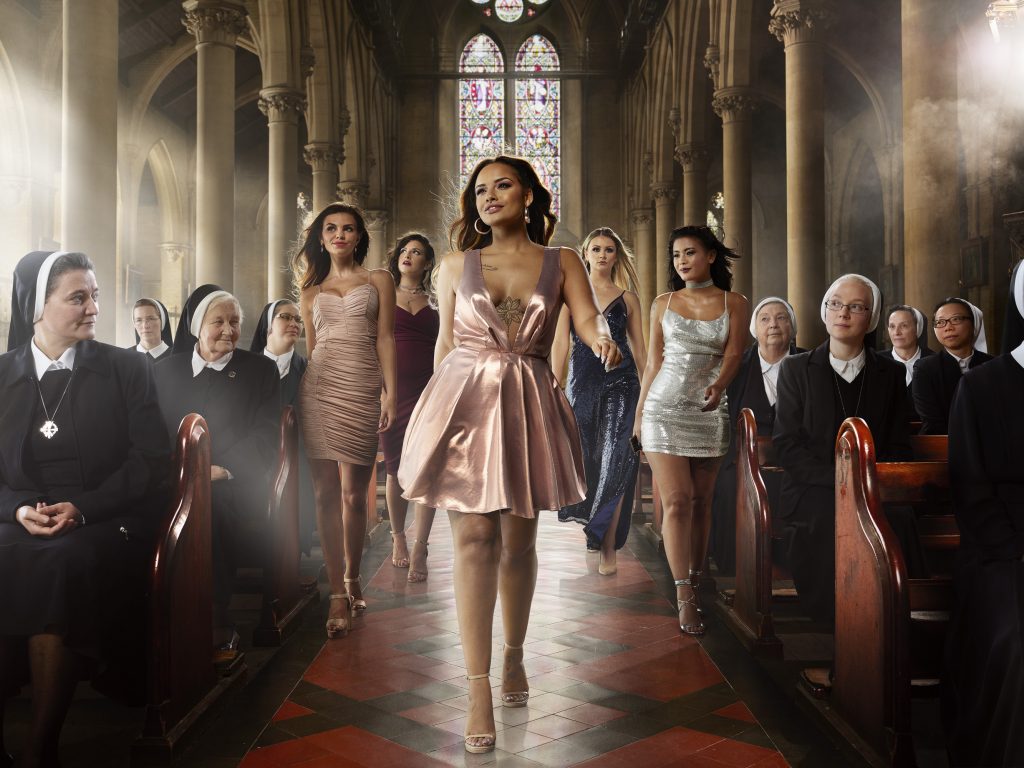 In a first for the Catholic Church, a convent takes on a group of raucous girls in a bid to show them a spiritual path in a tech-fuelled, selfie-obsessed world.

The show arrives from a wider investigation to explore how social media is dictating the self-worth of millennials and how spirituality can combat this for the girls.

The idea emerged when Crackit discovered that more young women than ever were joining the church to become nuns as a result of modern pressures.

“Evidence revealed girls were spending their lives in a new reality, rating their success by how many likes they’d get on social media and living through their mobile phones,” said Elaine Hackett, creative director at Crackit Productions.

“Research has also revealed that despite being more body-conscious and apparently confident, this generation were in fact more insecure than any other. They are the lost generation.”

The life of a nun on the other hand is one of the most basic, tech-free environments in existence. They live as a community and work to improve the lives of others while gaining self-validation through spiritual means.

Rules of convent life set a perfect template for the girls to follow in this transformative experiment. Nuns are up at 5am for prayers and they pray five times a day. They have no mirrors, don’t wear make-up and wear identical clothing.

“Their world seemed like the ideal environment to send a generation of young women who couldn’t contemplate life without their phones and an online presence, who were materialistic and using boys and booze to boost their self-esteem,” said Hackett.

While gaining access to a Catholic convent was a unique selling point for the format, the premise is about a spiritual journey and can be replicated anywhere in the world with multiple religions.