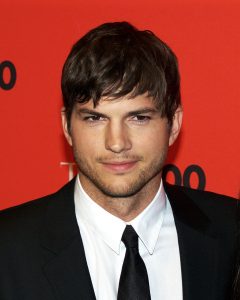 US producer of ‘uplifting and positive content’, Chicken Soup for the Soul Entertainment, and Ashton Kutcher will make 20 half-hours of a new personal finance show aimed at helping millennials struggling with debt.

Chicken Soup will produce The Fixer with the support of several lead sponsors.

In this case, Acorns and Handy.com has already committed to supporting the show, which takes a troubleshooting approach to fixing the financial woes of young people leaving college and entering the workforce.

CSS also announced The Fixer will have as executive producer Hollywood actor Ashton Kutcher, who is lead investor in the venture fund Sound Ventures, which counts both Acorns and Handy.com among its portfolio of companies. The series will consist of ten 30-minute episodes and will be hosted by Dan Rosensweig, chief executive officer of Chegg, Inc.

Kutcher says the topic of millennial debt is timely, given that the US currently has 44 million Americans with student debt totalling over $1.4 trillion.

“These millennials have just spent a fortune on their education and have to find a way to pay back their immense debts while also making a living,” Kutcher said. “Their inexperience with personal finance has led to overspending, a lack of financial planning, and a lack of knowledge that puts these kids in terrible financial situations. It is important not only to help them learn how to pay off their loans, but also to lay the groundwork for them to achieve success without being held back by legacy financial concerns.”

“We are excited to begin production on The Fixer,” said William J. Rouhana, Jr., chairman and chief executive officer of CSS Entertainment. “This series gets us to 20 out of our total goal of 60 half-hours of TV episodes that we expect to create this year. This is also the first time one of our series will have multiple lead sponsors, each of which bring unique and innovative ideas to the series.”