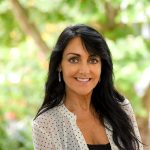 Studio Lambert is expanding its drama team with Left Bank Picture’s Julie Clark joining in the new role of head of scripted production.

Clark was previously oversaw the production of Outlander, Electric Dreams, The Replacement and The Halcyon at Left Bank.

She will report to Sue Hogg, head of drama, and to Jo Crawley, who has been promoted from head of production to director of production.

Crawley has been head of production since Studio Lambert launched ten years ago and previously worked with Lambert at both RDF Media and the BBC.

Crawley’s deputy, Steve Hunt, has been promoted to the new role of head of unscripted production.  Hunt joined the company last year after working for five years at The Garden as a production executive.

“We’re expecting to ramp up our drama production over the next couple of years,” says CEO Stephen Lambert, “so I’m delighted Julie has agreed to take on the challenge of ensuring we are able to deliver high quality shows efficiently.  She has an amazing track record and knows Sue very well having worked with her at the BBC on award-winning shows like The Go-Between and The C-Word.”

“This re-organisation of the production side of our business means we are well placed to expand our output in both scripted and unscripted,” explains Lambert.  “Jo and I have worked together for more than twenty years and she has played a key role in so many of our shows. And Steve has been doing a brilliant job since he joined us, most recently on The Circle, our big new show for Channel 4.”