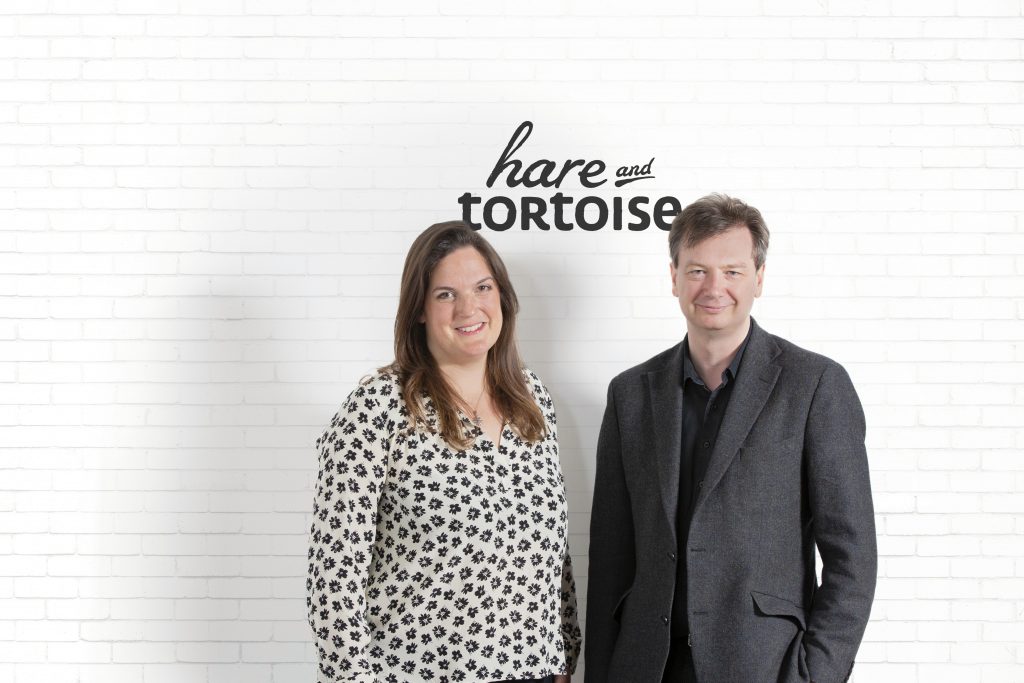 Hare and Tortoise replaces Retort where Jon Rolph was MD. The new label will be led by Rolph and creative director Claire Nosworthy.

It will build on Rolph and Nosworthy’s two decades of experience in comedy, entertainment, and factual to develop cross-genre projects for the UK and global markets.

The new label will bring together new and established writers, performers, producers and directors, creating returnable series for both traditional broadcasters and new global platforms.

The new label is actively investing in rights, formats and scripts from new talent and established writers. Current developments include Will Smith (Veep) and Richard Littler’s Welcome to Scarfolk, Helmets and The Dark Room.

Hare and Tortoise’s first move was signing a first look deal with one of the UK’s most successful and sought-after comedy producers, Gill Isles (Car Share) to develop new comedy series from her base in Manchester.

Rolph, said: “Claire has an enviable reputation as a creative executive producer on some of television’s biggest formats, but we both started our TV careers making a panel game in Norwich.  She still has the same instinctive understanding of comedy and comedy talent as she had then. Together as Hare and Tortoise we’ll be fleet of foot and robust of shell in the race to deliver the best new shows.”

Nosworthy, said: “Comedy is full of unlikely double acts, and as Hare and Tortoise we will be looking to foster many more great partnerships. Just as audiences do, we’ll happily cross genre boundaries in search of great characters and great stories, mixing and matching scripted comedy, comedy entertainment, funny factual and light drama to create projects with humour at their heart.”