As the reach and seriousness of Russia’s state sponsored activities continues to make headlines across the world, Truly Original is partnering with a leading investigative journalist to look into the murky world of espionage and murder. 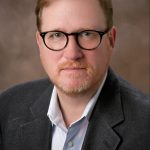 Bryan Burrough (pictured), writer of groundbreaking business expose Barbarians at the Gate and the recently adapted Public Enemies, will present The Kremlin’s Long Shadow, a documentary series aimed at uncovering the truth behind a slew of mysterious deaths across the world.

Burrough, currently a special correspondent at Vanity Fair said, “This is urgent ‘true crime’ with global implications, a kind of real-life ‘James Bond’ film — only all of it is real.” The series will draw on deep investigative work to ‘take viewers deep inside a new Russian “Murder Incorporated,” revealing the worldwide threat it poses if left unchecked.’

The topical series will aim to bring to light the methods and motives behind such recent high profile cases as the Sergei Skripal poisoning, the death of oligarch Boris Berezovsky and the growing ‘Russification’ of London as more Russian exiles arrive in the capital.

The series will be executive produced by Truly Original co-presidents and co-CEOs Steven Weinstock and Glenda Hersh, alongside Truly Original’s Stephanya Bareham and Burrough.

“Among Bryan’s many talents as a writer and investigative journalist is his ability to present world-defining events through a deeply personal lens, allowing him to reveal the emotional and human aspects of each story, adding depth and relevance to the facts” said Weinstock

“Paired with his vast knowledge and experience with this dark subject matter – so much a part of today’s cultural conversation – this documentary will shock and shed light on a frightening series of events.”