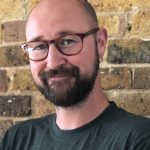 The move comes after Keshet recently added Tom Sutton as senior development producer and Alice O’Brien as development assistant producer. The three new arrivals will work alongside creative director non-scripted, David Williams on whose watch the company has successfully produced ITV2’s Celebrity Showmance and E4’s Walk of Shame Shuttle as well as When Do You Get Off? for ITVBe.

Ormerod will add extensive experience in the unscripted arena. As creative director Endemol Shine and executive producer for Tuesday’s Child and the BBC, he co-created the ITV daytime hits Golden Balls and Tenable and devised That Puppet Gameshow with The Jim Henson Company for BBC One

David Williams, creative director non-scripted, Keshet Productions UK, said, “This is an exciting chapter in the growth of Keshet Productions UK. Jamie, alongside Tom and Alice bring a breadth of experience and passion for creating standout TV, and I have no doubt they’ll play a huge role in shaping our next wave of original entertainment programming.”