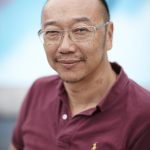 TAP will partner exclusively with NBCU and Matchbox to develop projects, with NBCUniversal having a first look over feature films from TAP. The new company will build on Ayres’ reputation as one of the most innovative and successful indy producers in Australia, with much of his success achieved in collaboration with Matchbox, which he co-founded in 2008.

That has included most recently the Emmy award-winning children’s drama Nowhere Boys (ABC/Netflix), along with The Slap (ABC), Glitch (ABC/Netflix), Barracuda (ABC) and Seven Types of Ambiguity (ABC). In addition to his TV work, Ayres produced Ali’s Wedding for Matchbox’ feature film winning an Australian Academy of Cinema and Television Arts (AACTA) Award for Best Screenplay in 2017. He has also directed three multi-award winning feature films: Cut Snake, The Home Song Stories and Walking on Water.

Ayres said that for the past few years, he had been keen to focus on more international-facing drama in television and film. “I’m delighted to have the opportunity to work with NBCU International Studios to develop a new slate of global projects with my key collaborators. I’m also very pleased to continue working with the super-talented people at Matchbox.”