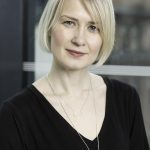 Glasgow-based Firecrest is enjoying a remarkable run of success, having reported a threefold increase in revenue last year. That run has coincided with an investment from the Channel 4 Growth Fund, which took a minority stake in the business in January 2017.

The investment cemented ties between the producer and broadcaster, with Firecrest delivering Channel 4’s flagship consumer series Supershoppers, which won BAFTA Scotland and RTS Scotland awards in 2016, as well as documentary series including the highly acclaimed Lifers Behind Bars, Princess Diana’s ‘Wicked’ Stepmother, and Dispatches – Secrets of Coca Cola. It has also produced The Cancer Hospital and high impact single films such as Breadline Kids, both for BBC Scotland.

‘It has been a privilege to work at Channel 4 as the Nations and Regions Exec, and although I am sad to be leaving, I am incredibly excited to be joining Firecrest at such a key time in its growth,” McKechnie said. “I have long admired Nicole, Iain and Mark’s values, rigour and the quality of the programmes they make. I look forward to developing the next generation of ideas with them, and helping to cement their position as a key Scottish supplier.”

Firecrest MD, Nicole Kleeman, added, “We are thrilled Lorraine is joining Firecrest. She will be a wonderful addition to the senior team bringing her dynamism and creativity to the company as we expand our portfolio of programmes, genres and channels. Our continued growth depends upon being able to attract the very best talent and with Lorraine we believe that we are finding the next generation of brilliant creative executives.”