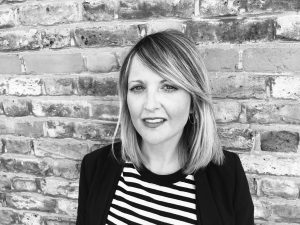 Haywood will work with group creative director Ana De Moraes, who was hired by MD Tim Carter in January, and her new development team to create returnable formats.

It is the latest appointment by Carter who created the role in order to increase Shiver’s focus on factual entertainment as he looks to establish the label’s strategy across each genre.

Haywood has been responsible for commissioning hit break-out shows such as E4’s Celebs Go Dating, Tattoo Fixers and Too Posh to Parent.

While at C4, which she joined in 2013, she also commissioned forthcoming reboot Shipwrecked 2018 and The Super Salon. Prior to this, Haywood was an executive producer with Maverick Television.

“Everyone’s knows Simone is the rising star of factual entertainment and I’ve watched her career with growing admiration ever since the pitch perfect CBBC format Operation Ouch!” said Carter.

“The shows she’s commissioned and nurtured since then are those rarest and most beautiful of things: innovative, distinct, loved by their (large) audiences and commercially successful.”

Haywood added:  “I couldn’t turn down the opportunity to join Shiver at what is a very exciting time for the label right now.

“I’ve had an incredibly creative and enjoyable time at Channel 4 working with great people and I am proud of the shows that I’ve commissioned and helped grow into returning brands, but I can’t wait to work with Tim, Ana and the team at Shiver to help create a brilliant and bold new generation of Factual Entertainment series.”