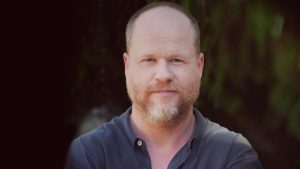 Joss Whedon, the screenwriter behind The Avengers and Avengers: Age of Ultron, and the creator of Buffy the Vampire Slayer, will be bringing a sci-fi series to HBO.

Titled The Nevers, the series follows the footsteps of Buffy with a fantastical story featuring powerful female characters.

The show will be an epic science fiction drama about a gang of Victorian women who find themselves with unusual abilities, relentless enemies, and a mission that could change the world.

Whedon will serve as an executive producer, showrunner, writer, and director on the series.

“The Nevers is maybe the most ambitious narrative I’ve created,” said Whedon, who also co-created Marvel’s Agents of S.H.I.E.L.D. “It’s been too long since I created an entirely new fictional world.”

Casey Bloys, president of programming at HBO, added: “We have long been fans of the incredibly talented and prolific Joss Whedon and we can’t think of a better project than The Nevers with which to welcome him to the HBO family.

“We look forward to meeting the strange, multifaceted characters, to learn their stories, see them in action and share them with our viewers.”

HBO may face big changes after AT&T acquired Time Warner this year. John Stankey, who now overlooks the premium network, said it may face a “tough year ahead” as he pushes the network to create a higher volume of content to match streamers such as Netflix.