The BBC has unveiled a slate of new scripted content which underlines how reliant the UK’s public broadcaster has become on international co-productions, partnerships with SVOD platforms and deals with third party distribution outfits to achieve its ambitions. 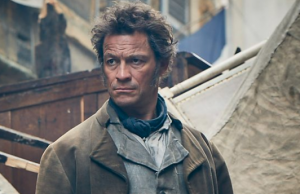 High-profile commissions include Black Earth Rising, a new eight-part series for BBC2, written and directed by Hugo Blick (The Honourable Woman). This one will stream on SVOD platform Netflix outside the UK, as will another new drama for BBC1 entitled Wanderlust.

The BBC’s burgeoning relationship with Amazon, meanwhile, is underlined by Informer, a Neal Street Productions drama for BBC1, that will air on Amazon Prime Video US following the UK broadcast. It’s a similar story with the latest Agatha Christie adaptation The ABC Murders.

This will air on Amazon Prime Video in the US, while Endeavor Content will handle sales in all territories internationally.

Endeavor is also sharing the distribution rights on BBC1’s The Little Drummer Girl with IMG, while DRG holds the rights to The Cry, a BBC1 drama that will air on ABC in Australia. Elsewhere, NBC Universal International Distribution is distributing BBC1’s The Long Song while ITV Studios Global Entertainment is managing distribution of two flagship BBC1 titles Bodyguard and The War of the Worlds.

Also coming are a 3×60-minute mini-series entitled Mrs Wilson and new seasons of Luther and Doctor Who.

Commenting on the slate, Piers Wenger, controller of BBC Drama, said: “When I took on the role as controller of BBC Drama, I pledged to create drama that was unexpected, drama for everyone, and drama which experimented with the innovative and bold. I am proud that over the past year we have taken bigger risks than ever before, and developed a diverse slate of dramas which I believe stand out in a crowded landscape.”