Twenty-first Century Fox has increased its offer for Sky to £24.5 billion (€27.7 billion), outbidding rival Comcast which made a £22.1 billion approach for the pay TV operator earlier this year. 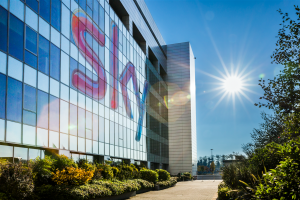 Fox’s initial £10.75 per-share offer for the 61% it doesn’t already own of Sky had valued the operator at some £18.5 billion – a premium of approximately 40% on Sky’s closing share price on December 6, 2016, the last business day before Sky received the Fox offer.

The new offer by Fox marks a premium of approximately 82.1% on that same December 6, 2016 closing price of £7.69 per Sky share. However, it is slightly below the price that Sky’s shares have been trading at this week.

In a statement, 21st Century Fox said: “We strongly believe that a combined 21CF and
Sky will be a powerful driver for the continued growth and vibrancy of the UK and broader global creative industries.”

News of the improved offer comes after the UK government last month accepted deal terms between 21st Century Fox and Sky, following an improved commitment from Disney to operate Sky News for a period of 15 years.

Then-UK culture secretary Matt Hancock said that new deal terms had been offered that meet the criteria he laid out in parliament earlier the same month – namely that that Sky News remains financially viable over the long term; is able to operate as a major UK-based news provider; and is able to make editorial decisions that are free from any outside influence.

Final sign-off from the UK government is expected this week, following a 15-day consultation on the matter, which ended on July 4.

Independent telecoms and media analyst, Paolo Pescatore, said: “There’s no way that Disney, nor 21st Century Fox want to let Sky go to Comcast. Therefore, expect another round of counter bids. The price is heading in one direction. It’s a great time to be a Sky shareholder.”