Sacha Baron Cohen is set to return to TV after more than a decade for a Showtime satirical half-hour series. 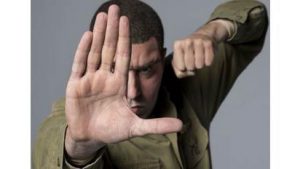 Baron Cohen will write and direct the title, named Who Is America?. The seven-episode series will explore the diverse individuals across the political and cultural spectrum of the USA.

The first episode will air exclusively in the UK on Channel 4 at 10pm on July 16.

Who Is America? Is created and executive produced by Baron Cohen as well as Anthony Hines, Todd Schulman, Andrew Newman, Dan Mazer and Adam Lowitt.

“Sacha is a comedic genius who shocks you with his audacity, bravery and inventiveness,” said David Nevins, president and CEO of Showtime Networks.

“He is the premier provocateur of our time, but not for the sake of ‘gotcha’ moments. Behind the elaborate setup is a genuine quest for the truth about people, places and politics. Nobody knows how to cause a stir like Sacha Baron Cohen, and it’s going to be fascinating to watch what happens when Who Is America? is released on the world.”