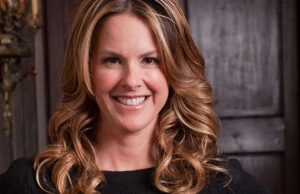 Viacom-owned UK broadcaster Channel 5 has signed four content partnership deals for its streaming service, My5, which will bring 1500 new hours of programming to the platform over the next year.

Content partnerships have been secured with PBS America, Together channel, Little Dot Studios and BET, whose programming will appear on the platform from July 2018. Channel 5 struck the first deal of this type last year with A+E Networks UK for its BLAZE channel. Also from July, A+E Networks UK is set to increase its content supply to My5.

James Tatam, VP of commercial, digital & operations, Channel 5 said: “Viewers have come to expect a lot more from streaming services and this new slate of partners accelerates the development of My5 as we take it from player to platform. With a diverse range of high-quality content from our partners, and from across the Channel 5 portfolio, we know there’s something for everyone.”

PBS America will broadcast a slate of documentaries on My5 including Secrets of the Manor House, Secrets of Stonehenge, Becoming the Beatles and The History Detectives (pictured). Richard Kingsbury, general manager, PBS America commented: “Our launch on My5 gives us a great shop window for our offering in the free streaming world. The Viacom team have been great to work with and I would heartily recommend them to other rights owners.”

Adrian Pilkington, SVP of commercial strategy at A+E Networks UK, added: “We’re really pleased to build on our relationship with Viacom, enabling some of the best factual entertainment content from our free-to-air channel BLAZE to reach an even wider audience.”