As part of the agreement, Digiturk channels will exclusively broadcast the entire slate of new series from CBS Studios International, including shows created for CBS Television Network, The CW and the premium cable network Showtime.

New series available to Digiturk subscribers include the Dick Wolf drama FBI; CBS comedies Happy Together and Neighbourhood; The CW’s Charmed reboot; the Showtime limited series, Escape at Dannemora; and A Million Little Things, created for the ABC Network. 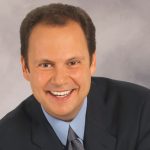 “This is a significant agreement in an important market with a major multi-platform provider,” said Armando Nuñez (left), president and CEO, CBS Studios International. “The depth and breadth of our new slate of programming gives broadcasters like Digiturk the opportunity to grow subscriptions and audiences across all its platforms.”

Yousef Al-Obaidly, CEO, Digiturk added: “This deal is a continuation of the wide-ranging investments we’re making worldwide to enrich our portfolio of content to offer the very best quality and most compelling entertainment to our valued subscribers.”