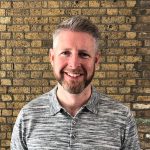 Based in Glasgow, he will be responsible for overseeing and driving IWC’s creative output to expand its existing popular and specialist factual slate.

He will report to Peter Langenberg, group COO and interim managing director at IWC. Downie will also work closely with IWC’s executive producers and development teams to build on the company’s factual slate.

Downie has freelanced for the past year, serving as executive producer on ITV’s Gordon Ramsay on Cocaine and development executive at Label1 and 7Wonder.

He joined the freelance world from Maverick Television, where between 2013 and 2016 he was chief creative officer.

With a background in both production and commissioning, Downie has also held roles at the BBC and Channel 4, where he was editor of daytime and deputy commissioning editor of features. It was at Channel 4 where he commissioned hits including Come Dine With Me, Deal or No Deal and Coach Trip.

Langenberg said: “It is fantastic to be welcoming Mark to join IWC. With a proven track record in both production and commissioning, there is no doubt he has the creative expertise to build IWC’s slate of returning brands to position the business for a successful future.”

Downie added: “I’ve long admired the range and richness of IWC’s output. It’s great to be heading home to Glasgow at what feels like a time of real opportunity for content-creators in Scotland and I’m thrilled to be leading the next phase of this formidable company’s development and growth.”