ESG’s Turner Laing to be honoured at International Emmys 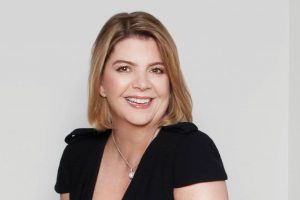 “Sophie Turner Laing’s career is exemplary in every respect. From co-founding HIT Entertainment in 1989, to leading roles at the BBC, Sky and now Endemol Shine, she has time and again made her mark on our industry,” said Bruce L. Paisner, president & CEO of the International Academy of Television Arts & Sciences. “We are looking forward to recognising her visionary leadership and unyielding passion for the world’s best production talent, at our Gala.”

At ESG, Turner Laing oversees a network of 120 creative production companies in 23 markets, responsible for shows including Big Brother, MasterChef, Peaky Blinders and Black Mirror. Before taking up her current role in 2014, Turner Laing held a number of senior positions at Sky in the UK, including managing director, content.

Commenting, Turner Laing said: “I am thrilled to be recognised by the Academy. I have been fortunate to work with brilliant teams throughout my career, none more so than at Endemol Shine, and so I’d like to thank them for their large part in making this happen.”