Bryncoed to adapt County Guides to Murder for TV 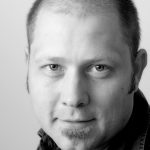 Screenwriter and playwright Steve Thompson (Sherlock; Jericho) has signed up to adapt the books for TV.

So far The County Guides series numbers four books in what is projected to be a 44 novel body of work. Set in the 1930s, the series focuses on an idiosyncratic character called Swanton Morley, who is compiling guides to the counties of England. Unfortunately, mysterious murders keep getting in the way of his endeavours.

Foz Allan, founder and CEO of Bryncoed Productions, said: “The Great British Bake Off would have been ridiculed in the 1970s – in that age of convenience, nobody was interested in old-fashioned baking. But we’re now fascinated by those skills. And so it is with the County Guides to Murder. On the one hand, The County Guides are a topographical study of the folklore, crafts and traditions of 1930s England. On the other, they are immensely clever murder mysteries.”

Thompson added: “The County Guides reflect a growing appetite for a world that’s fading and dying. Much has already gone: the last veteran of the First World War, the last native Cornish speaker, the last hand-crafted piano-maker… Ian Samson’s inventive novels offer 21st century audiences a journey though the traditions and crafts of the early 20th century, with the occasional puzzle to solve.”