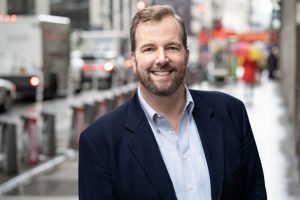 In his new role, Connolly will be responsible for acquisitions, planning, global strategy and scheduling of linear and VOD programming, as well as promotion planning and on-air creative for AMC Global and SundanceTV Global.

In this position, Connolly will oversee research directives to provide improved global context for AMC Global and SundanceTV Global programming initiatives.  He will help lead the global AMCNI teams in working with other company business units to leverage opportunities with acquisitions and co-productions across all platforms.

In addition, he will work with other business units to help explore and incorporate innovations, technologies and new platforms to provide additional value to partners and increase ratings and revenue streams.

He joined AMC Networks in 2011, will serve as executive producer of all film festival coverage for SundanceTV Global. He will also oversee research directives to provide improved global context for AMC Global and SundanceTV Global programming initiatives.

He will continue to report to Harold Gronenthal, EVP, programming and operations at AMCNI.

Gronenthal said: “Patrick is a seasoned and talented veteran with expertise in programming acquisitions, planning and production across multiple genres. This promotion recognises his contributions over the years and positions the company for even stronger growth.”