Endemol Shine Group (ESG) is set to charge up its non-English scripted portfolio by appointing Lars Blomgren to the newly created role of head of scripted EMEA. 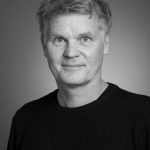 Blomgren will work closely with scripted producers across non-English language markets in Europe, the Middle East and Asia. The territories were responsible for 41 productions in 2017.

The new exec is charged with enhancing this premium offering through increased collaboration, shared investment and opportunities across the group for talent.

He will also work with scripted teams in Italy, Poland, Russia, India and China. Each will continue to run as currently, with an additional reporting line to Blomgren.

Recent and forthcoming non-English language scripted series across ESG include the return of Dark (Netflix) and 4 Blocks (TNT Serie) in Germany; Cathedral of the Sea (Antena 3/TV3/Netflix) and Matadero (Antena 3) from Spain, among others.

Succeeding Blomgren as managing director of Filmlance Interntational will be Anders Landström. Landström has worked across both television and feature at Filmlance since 2000, including most recently all four series of Bron/Broen and hit series The Sandhamm Murders (TV4). Both begin their new roles in September.

Peter Salmon, chief creative officer, at ESG said: “This is about taking an already stunning portfolio to new heights, working with the established and emerging talent from across Europe, Middle East and Asia.

“The world’s appetite for great scripted stories is exciting, growing and changing fast. The fact that a global production leader like EndemolShine has asked one of its stars, Lars Blomgren, to spearhead this charge across key territories speaks volumes for our ambition.

“Lars has trail-blazed from Scandinavia as godfather to wonderful Nordic Noir titles like The Bridge. Now, working with our great scripted producers from Madrid to Amsterdam, Paris to Tel Aviv, Rome to Oslo – and beyond – we want to unleash the full potential of our non English stable for our existing buyers as well as new partners and platforms.”