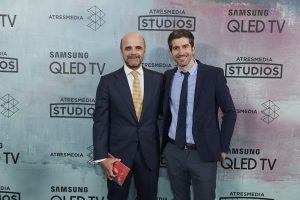 Created by Veiga, a Galicia-born actor-writer, Pequeñas coincidencias will follow a couple who still don’t know each other, but tries to find each other. She’s a 37-year old woman who uses to take a new boyfriend every five years and has just opened a store.

The male character, a 40-year old successful gastronomic critic who enjoys a bachelor life dedicated to hedonism in body and soul, sees how his life becomes less comfortable after hosting his divorced brother at home.

Currently at casting stage, the series, with an undisclosed number of 50-minute episodes, will start to roll in a few weeks, Atresmedia said in a statement.