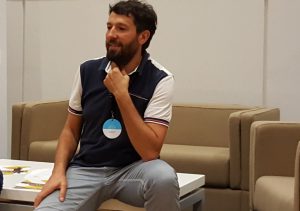 The European adaptation will roll entirely in English, in the Mediterranean city of Valencia, with a Spanish-Italian artistic and technical team. Valencia-based company Mediterráneo Media is providing production services.

The series is scheduled to release in Italy before year’s end and will continue broadcasting during 2019 in key European territories such as France, Germany, U.K., Spain and Portugal, currently under negotiations.

Miracle Tunes forms part of a growing international trend of live-action, children-oriented TV series. Portocabo already walked that path with The Avatars, an English-language, teen comedy, aired by Disney Channel in Italy and Kika in Germany.