Atlice has abandoned its attempt to acquire the leading Portuguese broadcaster and production group Media Capital in the face of lack of progress to secure regulatory approval of the deal. 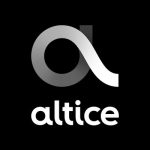 Altice said that, one year after signing the contract and with no outcome of the regulatory process in site, it was calling time on the merger.

Altice has been trying to secure a green light from the Portuguese competition authority, the Autoridade da Concorrencia (AdC), for the acquisition of Prisa’s majority stake in Media Capital in the face of hositility from politicians, other operators and media groups in the country.

The telecom giant, which owns the former PT Telecom/Meo telecom operator in Portugal, said that the decision to call a halt came after the contractual deadline for the agreement between it and Prisa was extended for two months in April to allow further time to secure approval from the antitrust watchdog.

Altice laid the blame for the collapse of the merger squarely on the regulator. It said that it had proactively set out remedies in line with European Industry practice in the sectore but had encountered a “complete lack of openness” on the part of the AdC, despite both parties to the agreement being initially “confident of a positive assessment”.

Atlice said that the AdC had not taken the necessary decisions to enable the impelemtnation of the agreement in a timely manner. It said that it had presented a comprehensive set of long-term commitments that could be monitored by an independent trustee, including the separation of various business areas, ensuring the TVI channel was avaialable to competing platforms at a far and non-discriminatory price and renunciation of exclusivity regarding conent.

The telecom group said that “an opportunity has been lost” to create an integrated media and telecom company in Portugal that could compete with international digital giants, and pointed to the US court decision on the AT&T-Time Warner deal as evidience for the case that consolidation is vital if traditional media companies are going to survive competition with internet companies.

The AdC initially opened its in-depth probe into the merger in February, after concluding that there was evidence that it could give rise to “significant impediments to competition” in several markets.