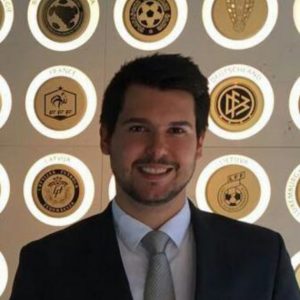 In a panel where execs discussed which parties are keeping football rights prices so high, Pinheiro Rotter responded to the latest ruling that saw Italy’s football league reject a €1.6bn guarantee by Mediapro, designed to rescue its deal for Serie A rights in the country.

He said: “The idea to bid for the domestic rights in Italy was to develop and build a channel that would be fully focused on Italian football. Unfortunately, the outcome was not what we predicted.

“The Serie A league of culture set the target price for the domestic tender and we met the expectations, pretty simple. It’s why we ended up winning the bid. But, we didn’t have the outcome we expected and now we will see what will happen with the tender.”

Pinheiro Rotter went on to explain that Mediapro has also recently acquired the rights for the French league and the tender will begin in 2021. The move was recently said to have stunned current rights holder Canal + and was seen as presenting a significant threat to the future of the operator.

“We have two years to develop the channel and offer it to the French market. Perhaps changing the approach [to that taken in Italy] and focusing on direct-to-consumer can be an alternative but there’s still a long way to go,” he explained.

Mediapro initially secured the rights to a Serie A deal that would have seen it pay over €1billion a season for the next three seasons. However, a Milan court annulled the agreement after pay TV operators Sky Italia filed a complaint.