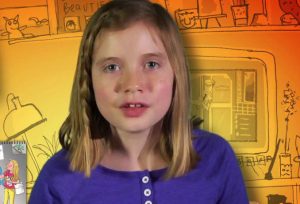 Apple’s expansion into the scripted TV business has continued with a 10-episode straight-to-series order for a show based on the real-life story of 12-year-old self-styled reporter Hilde Lysiak. The series follows the girl’s investigation of a cold case, which she eventually solves despite her local community’s desire to cover it up.

The drama is being produced by Anonymous Content and Paramount Television, and is created and executive produced by Dana Fox (How To Be Single) and Dara Resnik (Daredevil). In real life, Hilde now works to empower young influencers, activists and leaders.

The new Apple project joins a line of scripted programming including Are You Sleeping, Steven Spielberg anthology Amazing Stories, a thriller from M. Night Shyamalan and Stephen Knight’s futuristic drama See. The company is believed to have a $1 billion budget to attract top film and TV talent to its new drama output.