Escapade Media has secured a deal with Network Ten Australia for the short form series 600 Bottles of Wine, for linear and online rights.

600 Bottles of Wine is a comedy about a recently single woman who navigates new relationship territory where meaning is ambiguous and expectation is ambitious. It originated from a dating blog where the creators channelled their observations into a web series. 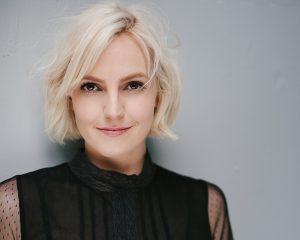 Series creator Ainslie Clouston (left) said, “In 600 Bottles of Wine I wanted to create a gritty comedy rooted in authenticity and vulnerability.  Having to gauge where you stand in a new relationship can be brutal so I wanted to add a sense of quirk and warmth.

Working in multiple roles as director, script editor, art director and co-editor meant the specificity of choices made were so intentionally crafted that the story can seamlessly exist in multiple formats.”

600 Bottles of Wine writer and lead actress Grace Rouvray added, “When I launched my proof of concept blog (based on personal experiences) it was very fulfilling that it resonated, which clearly substantiated a strong audience appetite for the development of a series. We’ve paid careful consideration to audience expectation and I ensured we translated the online engagement, retained the heart of the story and delivered a quality experience across every medium.”