Netflix has had a busy week in terms of content commissioning. And while a lot of attention has been paid to its new Shonda Rhimes scripted project, the SVOD platform has also been stocking up on a diverse array of original content in other programming genres.

On the unscripted front, the company has ordered three series entitled The Fix, Westside and Sugar Rush. The first is produced by Embassy Row and claims to be the first comedy show in the world with the ambition to solve the world’s biggest problems. In each of 10 episodes, host Jimmy Carr, along with two teams of comics and experts, will take one issue facing the world and attempt to solve it.

From Love Productions and Madwood Studios, Westside follows a group of ambitious and talented young musicians as they come together to create an original performance series at an LA nightclub. Meanwhile, Sugar Rush is a fast-paced competition show from Magic Elves that challenges bakers to create sweet treats that look beautiful and taste amazing — against the clock. There will be eight episodes.

Alongside its continued drive into unscripted content, Netflix VP of Kids & Family, Melissa Cobb used this year’s Annecy International Festival of Animated Film to unveil season two of anime series B: The Beginning and the launch of another animation series Hilda. The latter, from Mercury Filmworks, “follows the adventures of a fearless blue-haired girl as she travels from her home in a vast magical wilderness full of elves and giants, to the bustling city of Trolberg.” 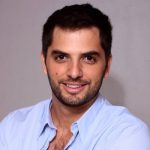 In a separate development, Netflix has also appointed Diego Bunel (left) to oversee original factual programming out of its new London office. Bunuel will relocate from LA and will hold the title director of original documentaries. The move is part of the SVOD platform’s attempt to localise its key content services around the world.