Show of the week: Roger 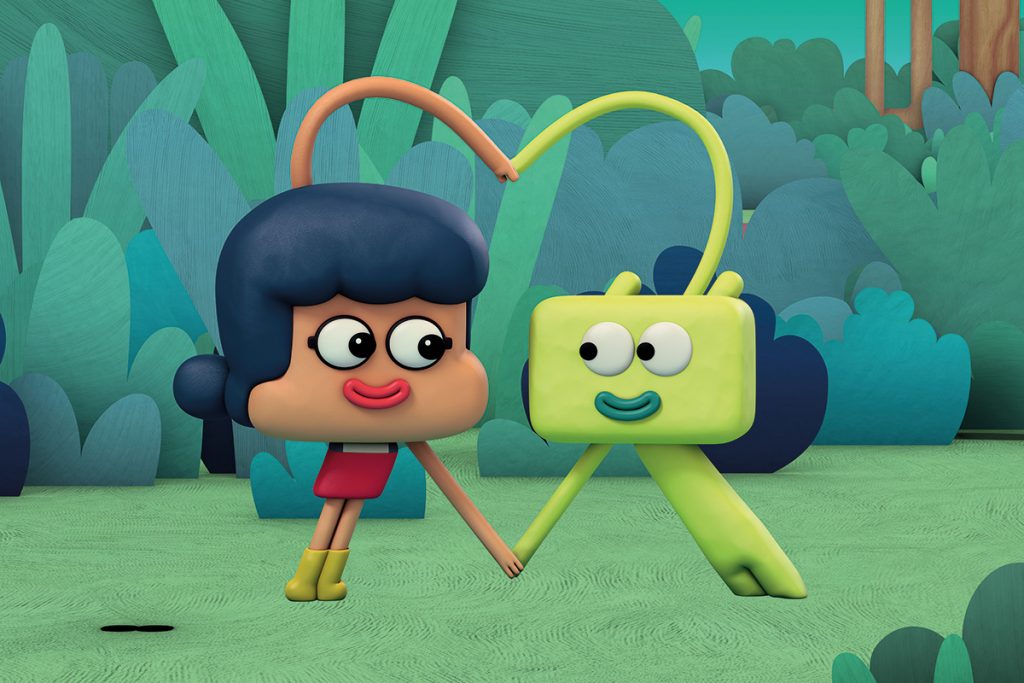 Roger is the latest France Télévisions toon targeting kids aged 6-10. The show follows a young girl named Fatou and her extra-terrestrial friend, Roger, who go on adventures on a tropical island.

The pubcaster picked up the show for co-development and coproduction after a Cartoon Forum presentation in September last year.

The series is described as a vibrant animation with character relationships and visual comedy driving the narrative. From a technical standpoint, the show mixes “a smart blend of 2D graphic components and Claymation rendering, setting it apart from the animations you typically see”, says Lionel Marty at distributor APC Kids, which is part of About Premium Content.

“Through adventure and humour, the series explores some typical daily issues that children face such as disputes and reconciliation, and jealousy. It’s always been important to teach kids to respect each other, regardless of their gender, background, and ethnicity.”

The 2018 crop of kids shows includes a number for 6-10s, which Marty says tend to travel with more difficulty than preschool series due to the need for more sophisticated humour.

“As Roger deals with daily universal issues and is also emotional with unique characters and strong visuals, it appeals to international audiences,” he says.

“Roger is highly gripping and entertaining. With its universal themes of friendship, kindness and courage, the series will attract boys, girls and parents alike.”

The show: Roger
The broadcaster: France Télévisions
The producer: Je Suis Bien Content
The distributor: APC Kids
The concept: Lively adventures of a young girl and her alien friend on a tropical island