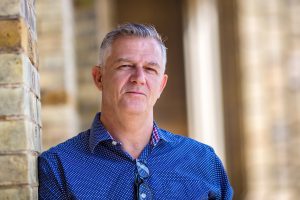 RTÉ has appointed Shane Murphy as group head of drama and comedy. The Dublin native joins from Acorn Media Enterprises where he has been MD since 2015, leading the commissioning, development and co-production of series including Agatha Raisin. Prior to that, he worked with companies such as Fremantle Media Enterprises, Tiger Aspect Productions and Agatha Christie Ltd.

In his new role, Murphy will be responsible for developing and delivering drama and scripted comedy across RTÉ’s platforms with a particular focus on growing youth audiences and the development of new Irish talent in partnership with the Irish independent sector. Commenting, RTÉ Director of Content, Jim Jennings said: “As a public service broadcaster, creating and delivering original Irish drama and comedy in partnership with the independent sector is an important part of RTÉ’s remit. Shane brings a wealth of knowledge of all aspects of production along with extensive international experience which will enable RTÉ to build on its success in drama and comedy and to develop and nurture Irish creative talent.”

Murphy, who will take up his new post in August, added, “While I’m genuinely sad to be leaving Acorn Media, I could not turn down the opportunity to work across scripted shows in my native public service broadcaster. I’m looking forward to taking on this role and working with teams across RTÉ and the Irish independent sector.”