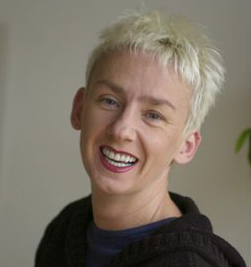 Kudos, the producer behind shows such as Broadchurch and Apple Tree Yard has forged a partnership with Muriel Gray’s company In Pin Productions to find and develop scripted projects from Scotland.

Under the terms of the deal, Gray (pictured) will work with the Kudos creative team to seek out new Scottish writers, directors and concepts, as well as bringing top existing talent to the table. Resulting productions will be co-produced by the two companies and made in Scotland.

The announcement follows news earlier in the year that Manchester based Kudos North had struck a first look deal with Salford based actress and writer Maxine Peake, via her production company Vexed Pixie, to develop new TV projects. Combined, the two deals reflect Kudos’ desire to work with diverse voices based outside London.

Martin Haines, COO at Kudos, said; “I can’t think of anyone better placed to work with us in Scotland.  Not only is (Gray) brilliantly connected within the Scottish arts, TV and literary communities, she has a deep understanding of the TV business. She is passionate about investing in Scottish talent and we are excited to work with her.”

Gray added: “I was impressed by Kudos’s enthusiasm to explore and support the wealth of talent in Scotland in such a collaborative manner.  Their passion to develop projects that are truly authentic, offering alternative voices a national and international platform is something that resonates with me. It’s a fantastic opportunity.”