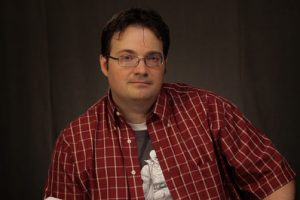 FremantleMedia North America (FMNA) and Random House Studio have announced a creative alliance with best-selling fantasy novelist Brandon Sanderson. Under the terms of the partnership, Sanderson is to create a TV series, graphic novel, book series and podcast based around a new fantasy adventure franchise entitled Dark One.

Dark One focuses on a young man who sees visions of strange and fantastical worlds, which he is told are just hallucinations. But this dark and deadly fantasy world that keeps coming to him is actually a real vision of another world – one where he has been prophesied to become a tyrant that will destroy it. “I’m used to painting a picture in words,” said author Brandon Sanderson. “Dark One came to life when I freed myself to think of it as a project for actual visual media, with the setting, characters and outline all coming together.”

For FMNA, the partnership with Sanderson represents another deep dive into the fantasy genre following its production of Neil Gaiman’s American Gods for Starz. Commenting, Dante Di Loreto, FMNA president of scripted entertainment, said: “Brandon Sanderson is a powerful storyteller and one of the world’s most admired fantasy writers. The narrative of Dark One will examine the dual roles we often take on in life – the ability to be a saviour as well as a destroyer, and this innovative creative partnership with Brandon will serve as a catalyst for deepening the connection between him and his fans.”

Hugo Award-winning Sanderson’s previous books are known for the way their intricate systems of magic drive plots. He has hit the New York Times best-seller list six times, with the novel Oathbringer, debuting at number one when it was published in November 2017.