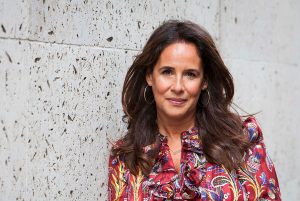 Alison Kirkham, controller BBC Factual Commissioning used this year’s Sheffield Doc/Fest to unveil a range of new factual titles that will be airing across the BBC’s channels in the coming months.

On BBC One, Hidden Homeless a film for Children in Need, will see Stacey Dooley explore the story of Britain’s hidden homeless teenagers on our streets; on BBC Two Inside The Bank Of England (w/t) will offer unprecedented access to the inner workings of the Bank, with cameras following as Governor Mark Carney and his staff.

Also on BBC Two will be one-off film Gun No.6 following the historic stories of every crime carried out using Britain’s most deadly, illegal gun – with testimony from loved ones left behind and insights from former-perpetrators of gun crime. BBC Three, meanwhile, will air Finding Dad as part of the Big British Asian Summer season.

For BBC Four’s Storyville, Under The Wire tells the story of war-correspondent Marie Colvin and photographer Paul Conroy, whose determination to tell the stories of Syrian people caught up in a brutal war saw only one of them return. The Cleaners explores the hidden and complex world of digital content moderation.

Commenting Kirkham said: “This range of programmes demonstrates our commitment to take audiences into worlds and explore issues that are hugely relevant today, including homelessness, the economy and Brexit, the challenges of social media, disability and gun crime. Through unprecedented access and fantastic story telling, each will be explored in a truly engaging and thought-provoking way.”